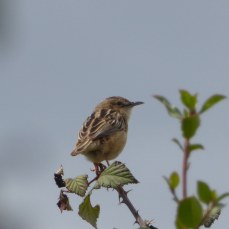 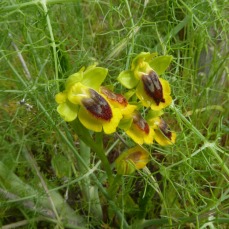 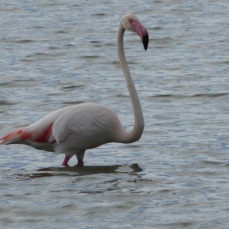 This was the second Ornitholidays tour to Sicily, following the successful one in April 2014. Our tour leader Nicola Scatassi led the tour and wrote the following report at the end of it:

Being in the heart of the Mediterranean, Sicily is a great place where to witness active bird migration, and of course mid April is a very good time of year for migrating birds! This tour concentrates on the south eastern corner of this huge island, from the powerful mount Etna to the plains of Gela on the southern coast: this part of the island has rocky coasts, lagoons and freshwater lakes, as well as a few forested areas and large expanses of mediterannean maquis with rocky outcrops. Agriculture is prominent, with orange and lemon trees, olive trees and tomato being among the most widespread cultivations, but nonetheless there are large unspoiled areas and beautiful wild landscapes.

Last winter had been very mild in Sicily, and as a result many flowers and especially orchids had had an early blooming, so we’ve seen slightly fewer species and individuals compared to the previous tour.

Bird migration is largely unpredictable, and it depends heavily on weather conditions: during this tour we’ve had a couple of days with strong winds and another couple of days with very high temperatures for this time of year, reaching over 30 degrees Celsius. These conditions are not ideal for bird migration, and especially passerines were sometimes fewer than we expected in some very good migration sites. Nonetheless, we’ve managed to see a good number of species and to have some great observations such as the two pairs of Sicilian rock partridge and the several Purple swamphens, including adults feeding their youngs! Beautiful carpets of wild flowers were a pleasant sight during all the tour, while the two accommodations were very comfortable and in nice settings: food, of course, was another highlight of the tour!

The group of twelve participants left Gatwick and arrived into Catania with a slight delay of around twenty minutes, where Nicola and Renzo greeted them at the the arrival hall. We then picked up our two minibuses and drove south towards Siracusa and our accommodation for the first five nights, noticing several White Stork’s nests along the highway and seeing a couple of their occupants, many Common swifts and the first Zitting cisticolas. Casa di Melo, where we arrived shortl after 5 pm, is a really nice Bio Hotel which serves organic food, mostly vegetables cultivated in its own property, and the first dinner was very tasty with a set of three different antipasti followed by two main courses. We then retired to our lovely rooms, while Scops owl was singing outside….

…ASK for the entire report at: info@skuanature.com